the Republic of Cyprus 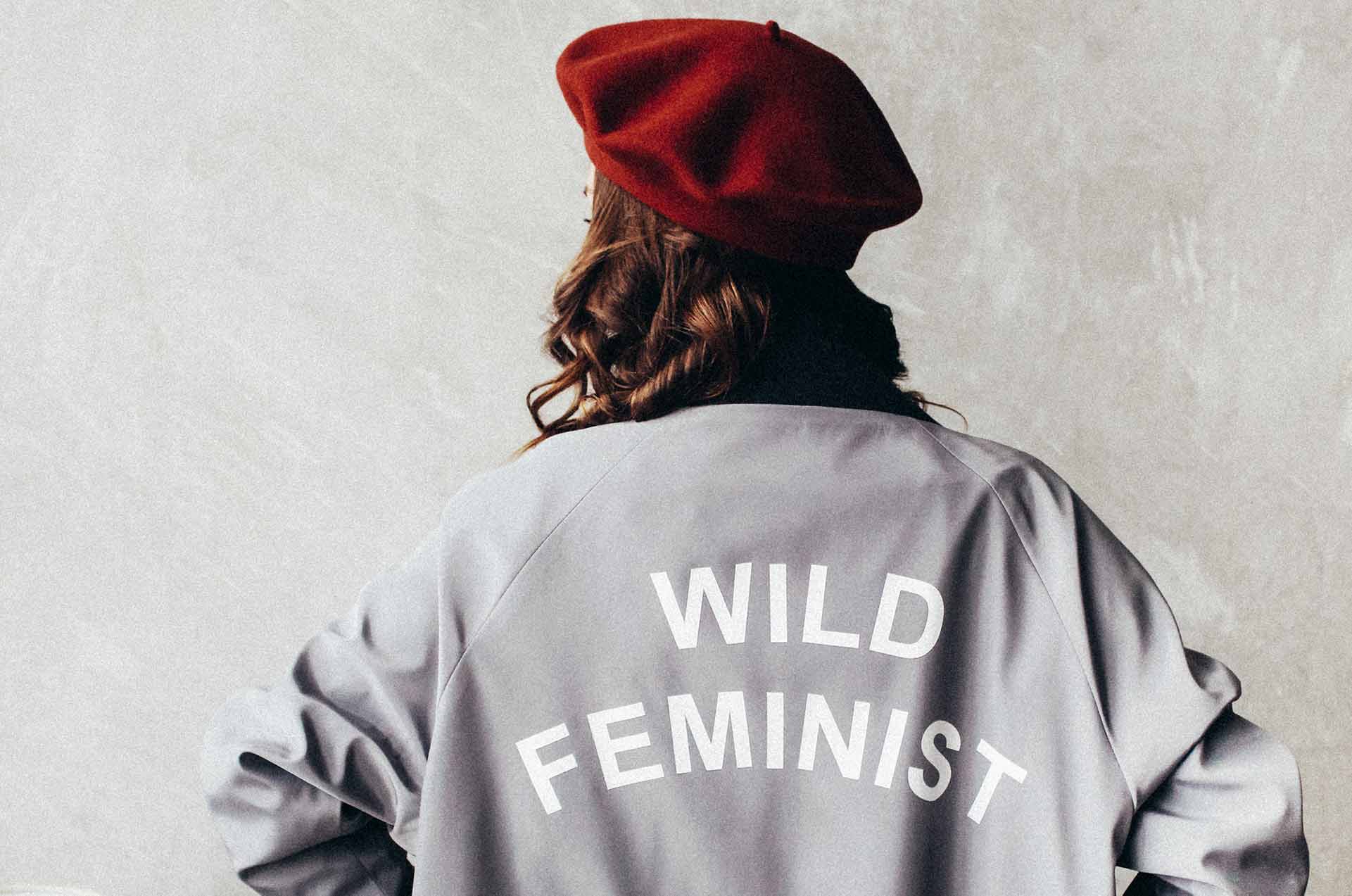 You might have seen slogans such as 'Girl Power', 'The Future Is Female', 'This Is What a Feminist Looks Like' or 'We Should All Be Feminists' on T-shirts worn by people whose good intentions we really don't question. Spreading an important message by wearing an empowering tee is appealing to many people who, like us, fight for gender equality. Unfortunately, a feminist T-shirt from a fast fashion brand often goes against everything that feminism stands for.

Want to find out why wearing these clothes with feminist slogans might be problematic? In light of this year's International Women's Day, I'm shining a light on the anti-feminist truths that may lie behind your feminist tee.

In this article you'll discover:

How did the feminist fashion trend start?

In 2017, the world witnessed the Dior Spring Runway and its main theme: feminism.1 The collection was filled with portrayals of female strength. And one T-shirt, in particular, caught the world's attention - with the slogan 'We Should All Be Feminists'.

We must admit, it was the perfect timing - in 2017, the streets in the US were packed with people who were marching for women's rights. So, not surprisingly, many celebrities jumped on this trend, wore this T-shirt and influenced even more people to shop this 'feminist' style.

And as fast fashion companies respond way faster to trends than to the demands of fair fashion activists, the impact was clear: soon the stores were full of shirts with bold and empowering feminist messages. 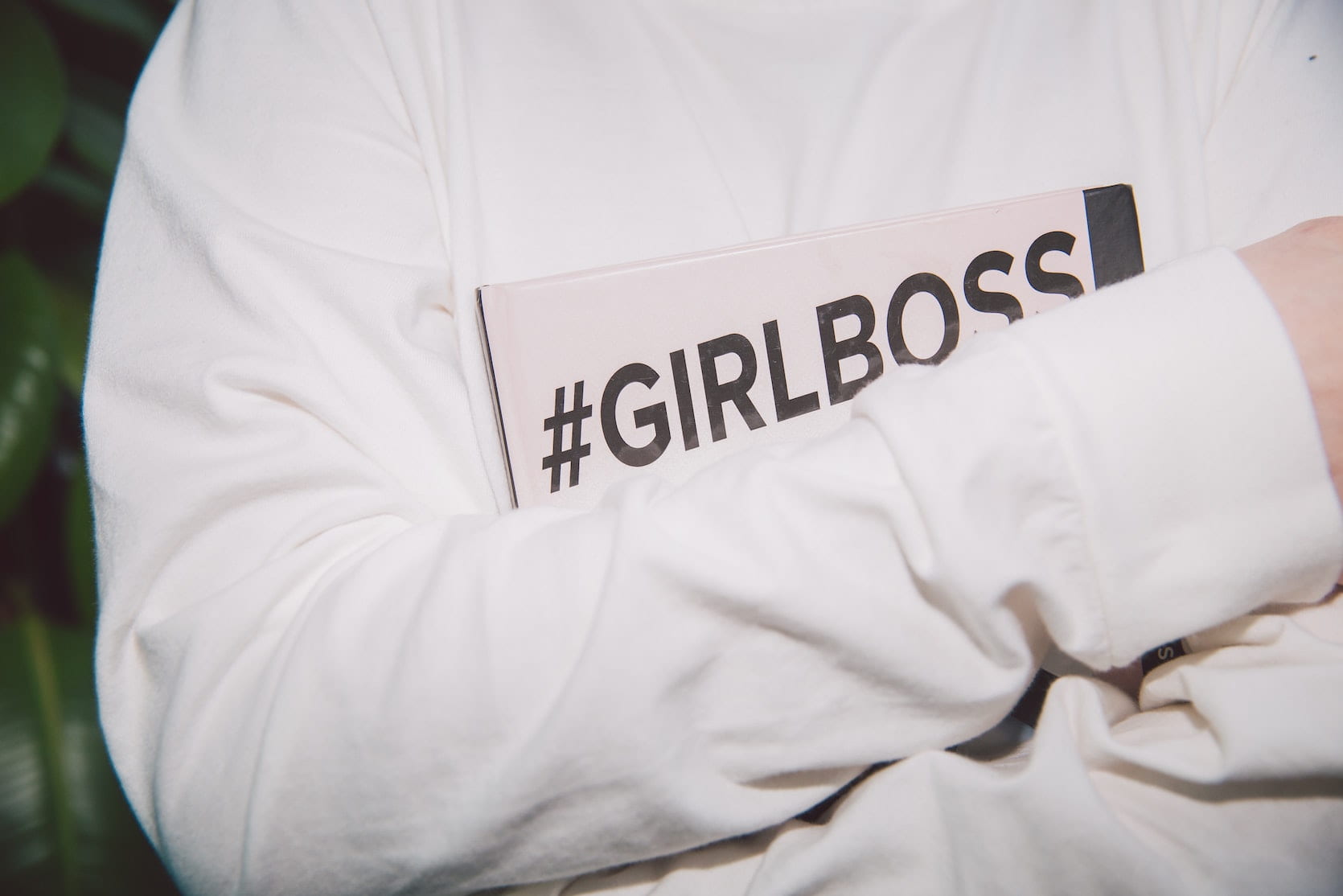 Definition time: what is feminism?

Feminism is “the belief in social, economic, and political equality of the sexes. Although largely originating in the West, feminism is manifested worldwide and is represented by various institutions committed to activity on behalf of women’s rights and interests.”2

It's about equality of all genders, not 'sameness', simply meaning equal rights and equal opportunities.

It's great that this fight for equality is becoming more and more mainstream, but despite the catchy phrases, these 'Girl Power' or 'Woman Up' T-shirts are often anything but feminist. How come?

Een bericht gedeeld door Shop Like You Give a Damn (@shoplikeyougiveadamn)

The everyday reality of women in the fast fashion industry

Any feminist slogan on fast fashion clothing is a joke - but instead of laughing, I want to cry when thinking of the fact that:

With such low wages and extremely high working hours, these women are not only unable to provide their family with shelter, food or education, they are also forced to leave their family behind. It is common for children to be raised by relatives living in distant villages instead of the mother. Because she not only works but also lives in the textile factory.7 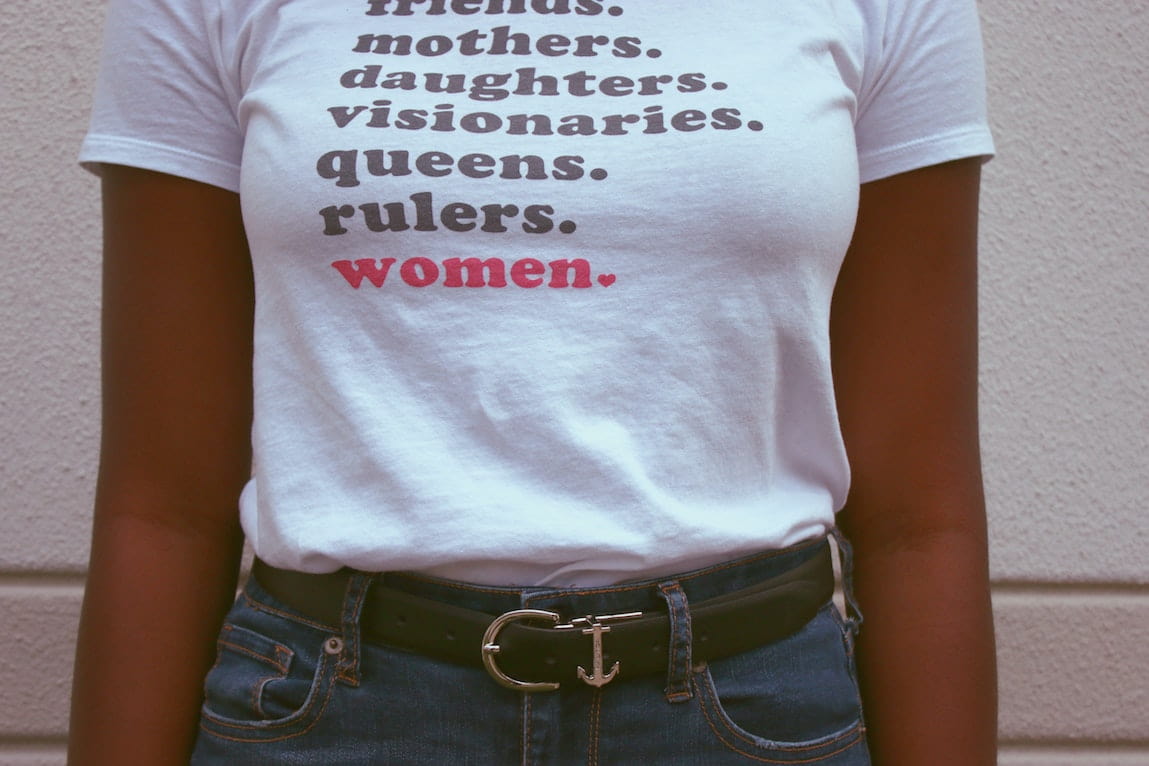 There are no words to describe the life of a mother who works at a textile factory. Especially, when a garment worker is pregnant. She is regularly threatened with dismissal from the manufacturing job.5 As a result of this system, she is often forced to terminate the pregnancy to keep her job. If not, she works until the very last day before giving birth. And it is very likely that her contract won't be renewed after she goes on maternity leave.

So, then what happens to these women?

In a survey of four factories in India:5

It does not end there. Verbal, physical and sexual abuse is the reality of many women in the textile factories. In case that a woman does not live in the factory, she needs to travel at night to get home - through poorly lit areas with increasing cases of sexual assaults and physical violence.5 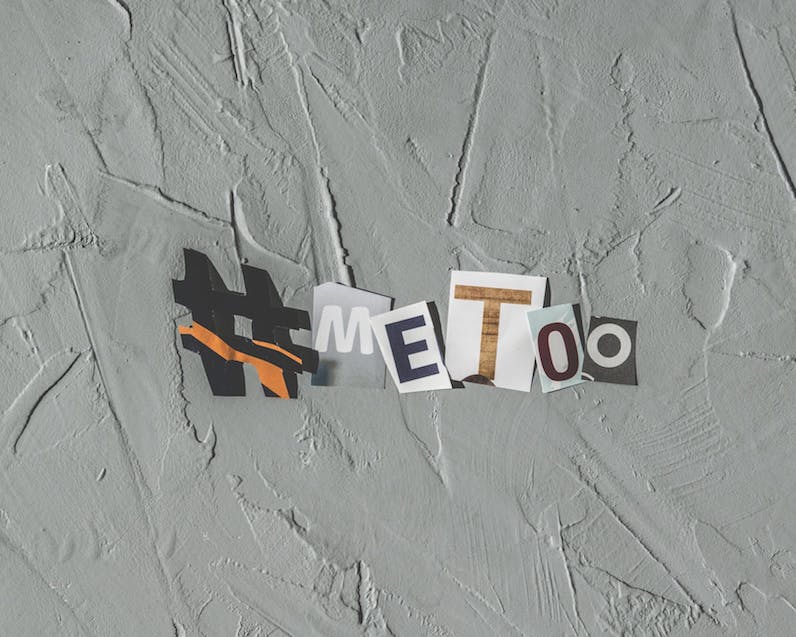 If she lives in the factory, it does not mean that she is safe - the same report found that out of the 12 factories investigated for this study, workers from 9 factories reported experiencing sexual harassment in the factory. Since many workers are forbidden to form unions, it is extremely difficult to seek justice. Even if there are means to report harassment, it is not a well-known resource - only 27 out of 201 workers reported that they were aware of the existence of a committee in place for addressing harassment.

Try to keep these facts in mind when you see 'Girl Power' on a T-shirt from a fast fashion brand.

What if the fast fashion brand donates money to a women-focused charity?

Even if the company claims to donate profits to a women-focused charity, it is not worth your money. Donating money to a charity won't fix the problem - because these issues are ingrained in the fast fashion industry and a systematic change is needed, not a one-time donation.

It is not possible to buy extremely cheap clothes and at the same time expect that the garment worker received fair compensation for her work. It is impossible to have a fast fashion industry without exploitation - including the exploitation of women.

So, please, don't buy into this trend and don't support the companies that are trying to turn the feminist movement into profit at the expense of (truly equal) human rights. These companies go so against everything that feminism stands for. 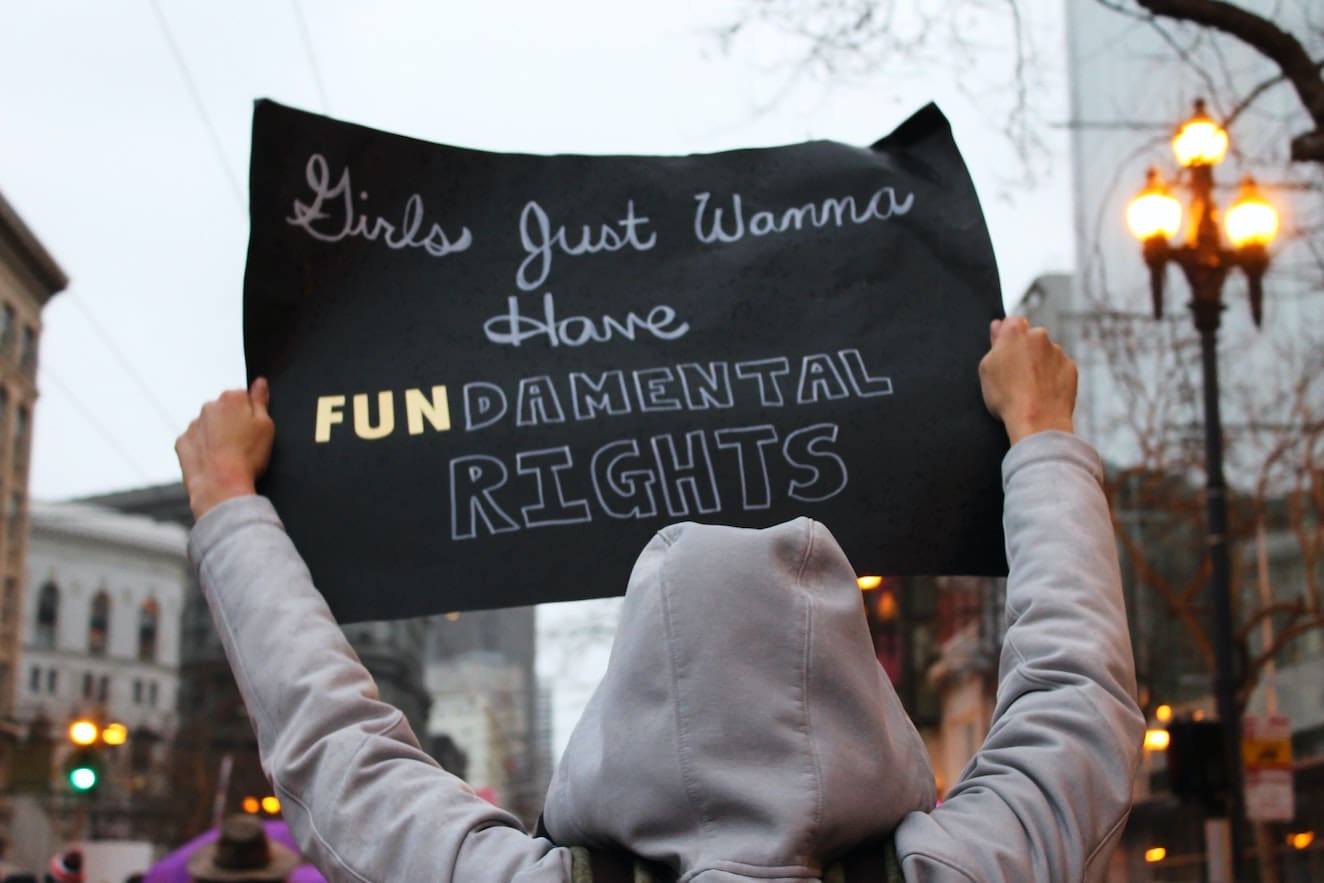 How to shop as a feminist?

Fashion and feminism can be, of course, combined because aligning your feminist values with your shopping habits is simple. Support ethical fashion brands that pay fair wages to their workers, provide them with safe working conditions and don't demand excessive working hours.

Those brands are feminist clothing brands because they truly care about women and gender equality - even if they don't put a catchy feminist slogan on their clothes. Because action matters so much more than a few words.